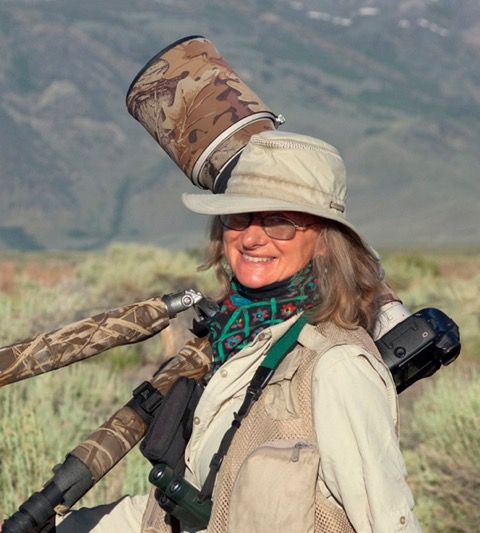 Marie Read’s photography of California’s iconic Mono Lake and environs reveals the fascinating birdlife of this spectacular birding hotspot, which is a Western Hemisphere Shorebird Reserve Network site of International Importance. Tufa towers rise above the surface of Mono Lake’s highly saline/alkaline water, which teems with brine shrimp and alkali flies. Many breeding and migratory birds, including California Gulls, Wilson’s and Red-necked phalaropes, and Eared Grebes are attracted to the feast. Pinyon Jay, Violet-green Swallow, Sage Thrasher, and Lewis’s and Black-backed Woodpeckers are among the birds living in the surrounding sagebrush scrub and forests. Marie will present stories from the field and explain how she obtained some of the behavior and action shots featured in her book Sierra Wings: Birds of the Mono Lake Basin. Signed copies will be available for purchase.

Marie Read’s photographs and articles have appeared in magazines such as Living Bird, Bird Watching, Nature’s Best, and National Wildlife, as well as in books and calendars worldwide. She has authored several books about birds and their behavior, most recently Into The Nest, co-authored with Laura Erickson (Storey Publishing, 2015).

NOTE SPECIAL DATE: This meeting is on a Thursday instead of the usual Tuesday.