The Galapagos: Home of Evolution Presented by Bobbi Manian and Tom Stephenson 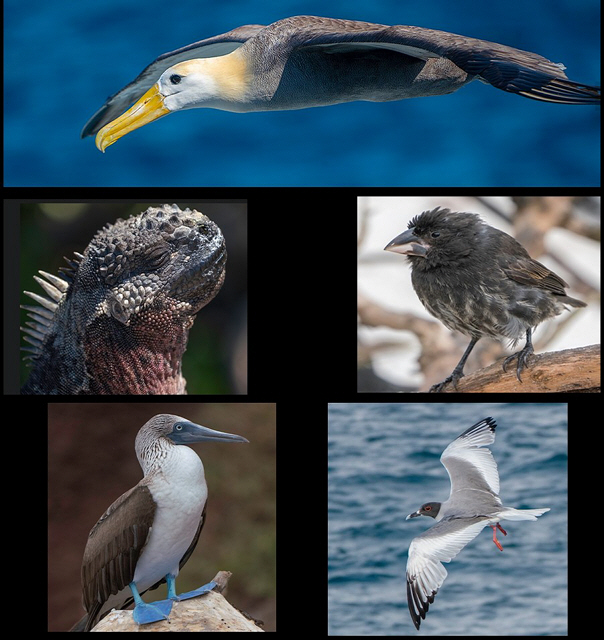 Note: This meeting will be held at the Brooklyn Public Library, Central Branch

Six hundred miles off the coast of mainland Ecuador sit a chain of volcanic islands that are home to a range of fascinating and unique animals. Because of its isolation, the Galapagos has served as a workshop in evolution. The slight variation of some of the birds from island to island triggered the imagination of Charles Darwin, which led him to develop his world-changing theory of evolution.

For this talk we’ll discuss the historical significance of the islands and show lots of photos of the birds, reptiles and mammals that live there including sharks, iguanas that swim, albatross, penguins, tree finches, cactus finches, ground finches and, of course, tortoises.

Come and learn what it’s like to visit this unique area.

Bobbi Manian is a retired engineer who took up birding as her second career eight years ago.  Her main birding interest is county birding; she enjoys scouring all corners of Brooklyn, finding migrants, rarities and the occasional dead body.  Bobbi is an active volunteer with the Brooklyn Bird Club.  She leads the Tuesday Migration Walks in Prospect Park during spring and fall migration.   She coordinates the BBC’s bird-a-thon in May, their yearly fundraiser for conservation causes.  She is also the Brooklyn team organizer for the National Audubon’s Christmas Bird Count, a bird census dating back 120 years. Bobbi recently tore herself away from Brooklyn to join Tom Stephenson on a Galapagos trip he was leading, enticed by the glamour of life on a yacht and the promise of Swallow-tailed and Lava gulls.