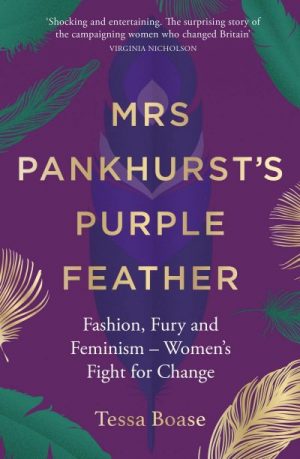 For half a century, from the 1870s to the 1920s, women on both sides of the Atlantic were gripped by a fashion craze that decreed all hats should be laden with feathers. Not just feathers, but wings, bird and whole bodies of birds – often several birds at a time. Species the world over were slowly brought to the brink of extinction, and all for the sake of millinery. Campaigning on behalf of the birds was a small band of angry woman with a splendidly simple goal. They were going to stamp out the fashion for feathers in hats.

The ‘feather fight’, as it became known, was bitter, vicious and un-sisterly. Wearers of the ‘bird hat’ were attacked as narcissists and slaughterers. Edwardian fashion victims hit back, calling their female critics ‘plumage cranks’ and ‘feather faddists’. Why shouldn’t emancipated women wear what they wanted? Leading the battle in Britain was a fearsome woman who has not been remembered by history, and yet for 50 years was the driving force behind the Royal Society for the Protection of Birds (RSPB), today Britain’s biggest conservation charity. Her name was Etta Lemon. Where she lead in1889, the Audubon Society would follow.

When social historian Tessa Boase told the RSPB she wanted to write their early story, they refused to let her revisit their archives. To a former investigative journalist and Oxford English graduate, this was a challenge she could not resist . . . Join her to hear the intriguing untold story of women, birds, hats – and votes. After the talk, Tessa will be signing copies of her book, Mrs Pankhurst’s Purple Feather: Fashion, Fury and Feminism – Women’s Fight for Change.

Note: This event will meet in Classroom C at the Prospect Park Zoo.